As with Audi’s D2, early examples of the E38 were already in production in 1994, but the best of the bunch came towards the end of production. LCI models hit showrooms in 1999, and the refreshed look is what you see here. The long, low package was best expressed with the optional M Parallel wheels, which had carried over from models like the E31 8-Series and E34 M5. It imbued the 7-Series with just enough sport to look purposeful, but not so much as to masquerade as a Porsche. Lightly flared arches cut high in the front fenders were finally filled out, and the refreshed looks worked really well in light colors.

Today’s example is just that – an Alpine White long-wheelbase example. And while some 7s are too used up today, or too far away, or far too expensive if they’re not, this one promised to be the remedy to your problem. With 86,000 miles it’s just getting broken in, and it’s in California. There’s recent maintenance performed, too. But the best part? It’s no reserve: 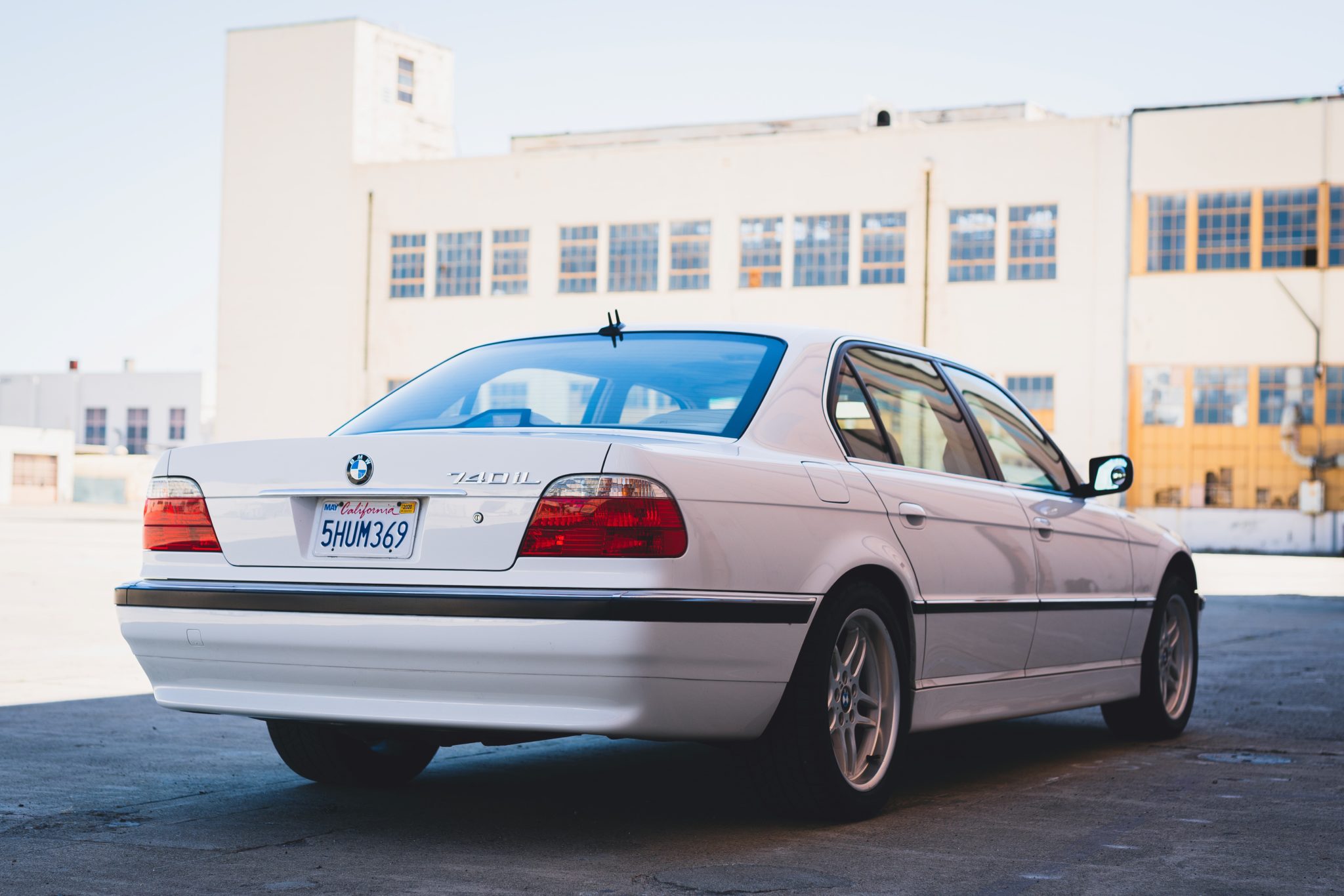 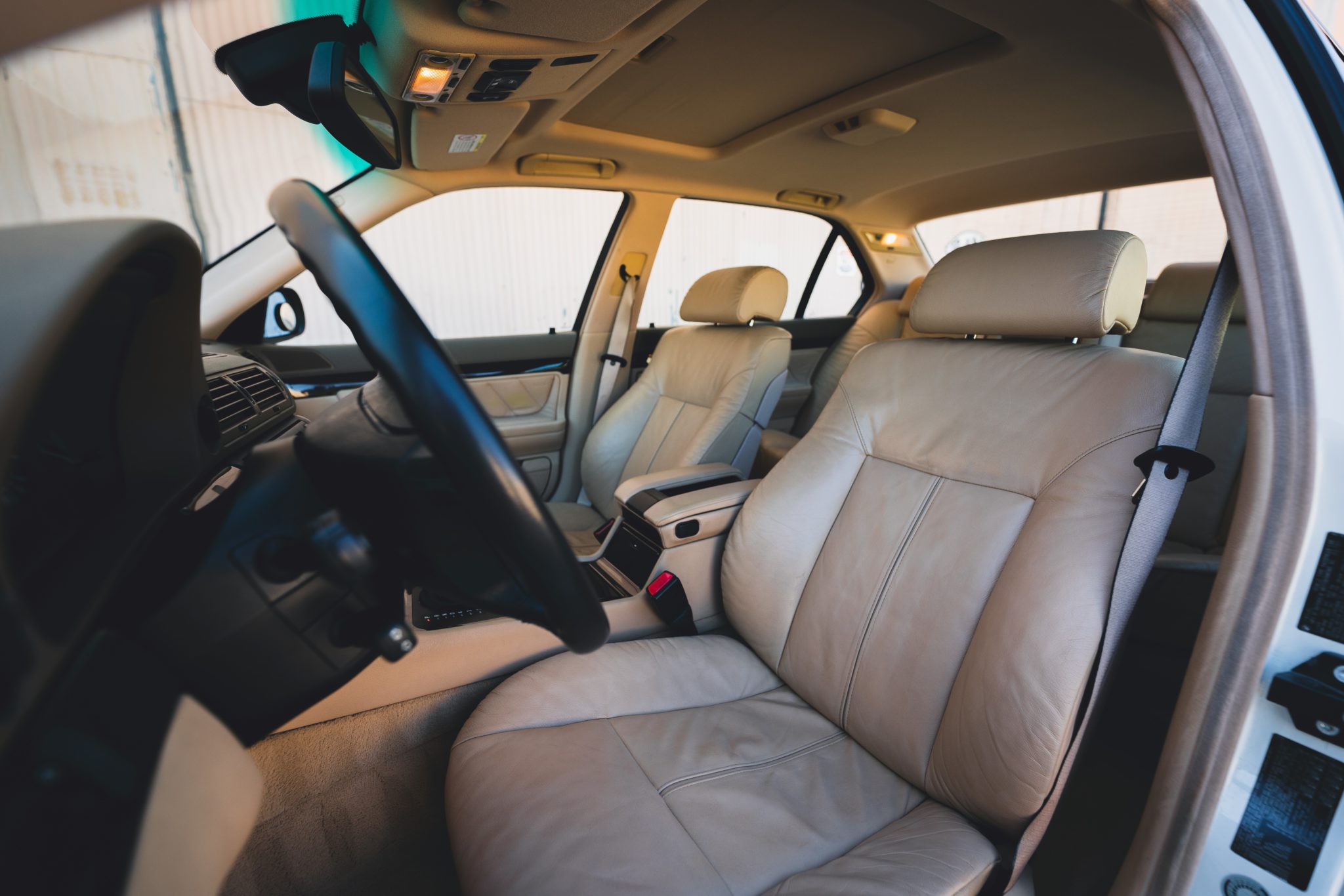 This 2001 BMW 740iL was first registered in California, where it remained through its acquisition by the seller in 2019. It now has 86k miles, and is finished in Alpine White over sand beige leather and powered by a 4.4-liter V8 mated to a five-speed automatic transmission. Features include xenon headlights, a glass sunroof, 18″ M Parallel wheels, power-adjustable front seats, an infotainment system with navigation and a CD changer, dual-zone automatic climate control, and power windows, locks, and mirrors. Recent maintenance included a transmission service along with replacement of the radiator fan clutch, water pump, valve cover gaskets, and front and rear brake pads and rotors. This long-wheelbase E38 is offered at no reserve with factory literature, partial service records, a clean Carfax report, and a clean California title.

Factory 18″ M-Parallel wheels wear Sailun Atrezzo SVA1 tires up front and BFGoodrich G-Force Comp 2 A/S out back. Service in March 2020 included replacement of the front lower control arms and the front and rear brake rotors and pads. Curb rash is visible on the wheels.

The leather-wrapped multi-function steering wheel fronts a 155-mph speedometer and a 7k-rpm tachometer. The digital odometer shows just below 86k miles, approximately 2k of which were added by the seller.

The 4.4-liter M62 V8 was factory rated at 286 horsepower and 324 lb-ft of torque, which is sent to the rear wheels through a five-speed automatic transmission. Service in March 2020 included a transmission fluid and filter change as well as replacement of the valve cover gaskets, water pump, thermostat housing, radiator, coolant hoses, power steering reservoir, power steering hoses, and the fuel filter. The car most recently passed a California emissions test in September 2019.

Additional photos of the underside, showing the suspension, drivetrain, and exhaust components, are provided in the gallery.

Factory literature, partial service records, and two keys are included in the sale.

The May 2020 Carfax report lists no accidents or other damage and shows registration history in California through its most recent entry in September 2019. 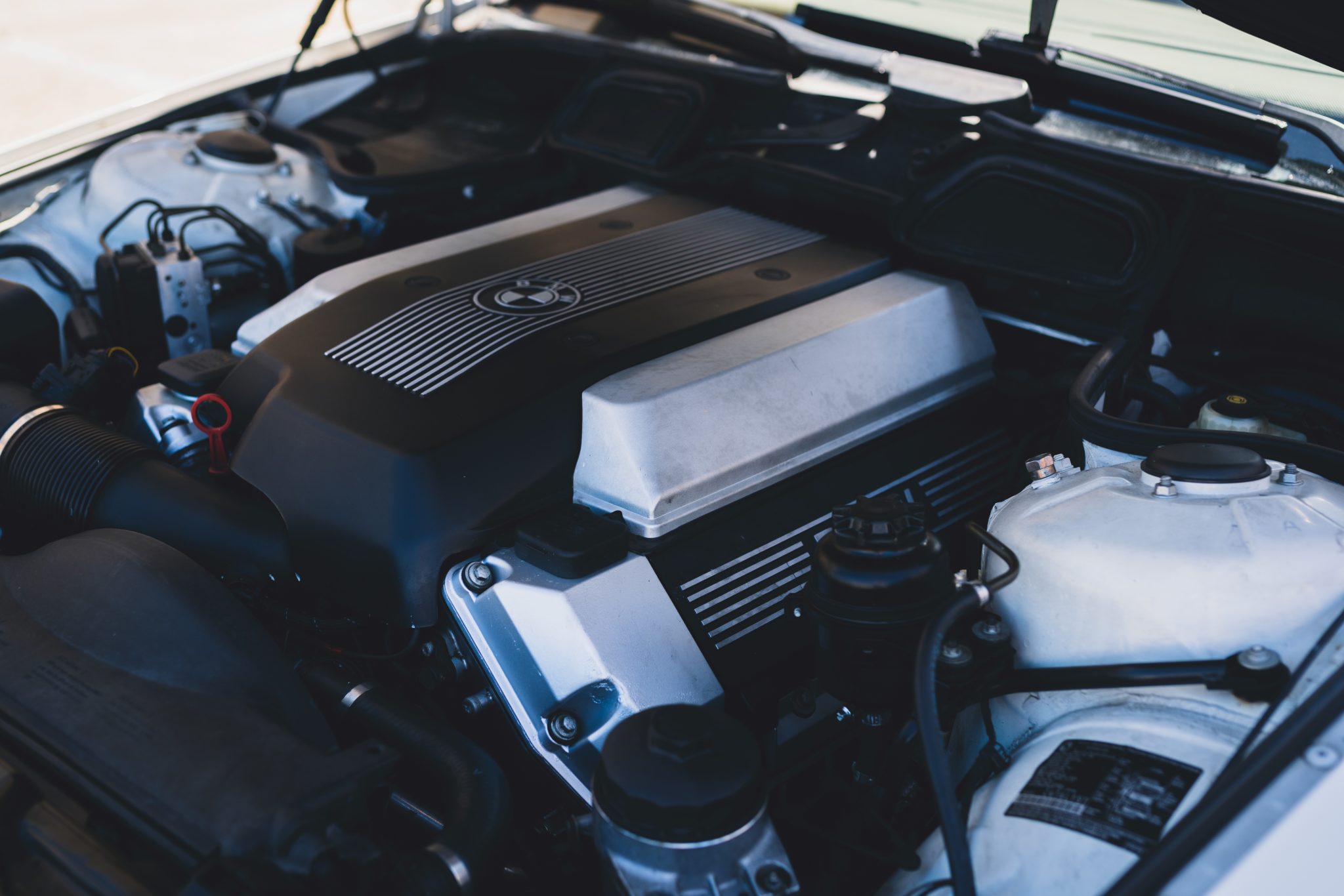 It’s refreshing to see a lower-mile 7 come up for sale, and this one is a really nice color combination. Alpine White works well with the Sand Beige interior, and as with the Z4 Coupe I just looked at, warm wood accents the cabin. The California history should help to alleviate concerns about corrosion, and the Carfax shows an accident-free history most can’t tout today. On top of that, some of the weak points of modern BMWs have been addressed – the valve cover, water pump, radiator, and other refreshes are really welcome to see. It’s a nice example that has maintenance to back it up, and the right options to make it stand out.

Bidding so far is already at $6,000 at time of writing, which isn’t surprising given its condition and recent history. While it’s true that you could get one cheaper on Facebook marketplace or your local Craigslist, are those really the examples you want to try out? A nicely vetted example like this one will give you the opportunity to get into a modern classic that will make you feel like a million, but won’t cost you anywhere near that.