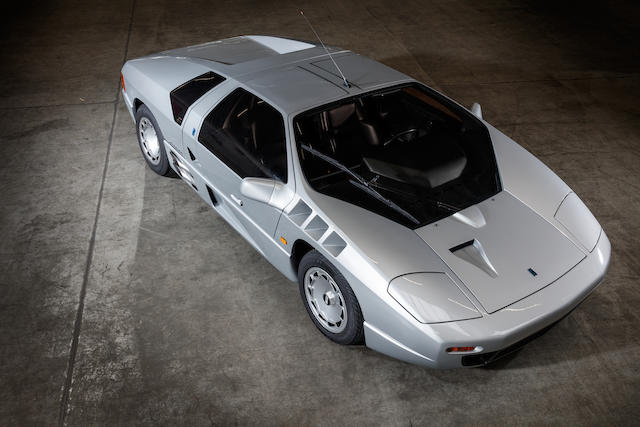 Back in 2020, just before the end of the year, I took a look at one of my all-time favorite cars – the Isdera Commendatore 112i:

That car was itself a development of what you see here – the 108i. Developed by Porsche engineer Eberhard Schulz and Mercedes-Benz engineer Rainer Buchmann as a successor to the C111 prototypes, the CW311 stuck a M100 6.3 liter V8 behind the driver and was pretty outrageous. When it came to market in 1984 in as the Imperator, the motor had changed to a 5.0 version of the M117 and later M119 motors. That was still good to push the Isdera to the best part of 180 mph in the same Road & Track test at Ehra-Lessien, Germany in 1987 that made the Ruf Yellowbird famous.

Somewhere around 13 of the later ‘Series II’ Imperators were made with the M119, and this one is coming up for sale soon – though, the location will probably give you a clue as to the expected price:

CLICK FOR DETAILS: 1991 Isdera Imperator 108i at Bonhams Monaco ISDERA, short for Ingenieurbüro für Styling, DEsign und Racing, is a small Germany company that you may have never heard of. They are producers of some low volume sports cars, usually packing Mercedes-Benz power. The Imperator 108i was a sports car that was inspired by the Mercedes-Benz CW311 concept car of 1978 and was in production from 1984 through 1993 with a grand total of 30 units produced. This particular 180i for sale in the United Kingdom was owned by Formula 1 driver Mike Thackwell and could best be classified as a museum piece, with only 3,000 miles on the clock.

CLICK FOR DETAILS: 1984 Isera Imperator 108i on Classic Driver

I’m still keeping up with this unique Mercedes gullwing theme I’ve had going on. If you thought the Styling Garage SGS or the Sbarro were…