Oh, the 1980s. Full of crazy creations, custom calamities and questionable creativity. If you wanted a crazy tuner car back then, there were plenty of options from mild to wild; some of them we’ve covered, such as the DP slantnose cars and the Koenig widebody 560SEC Mercedes-Benz. But if one company has consistently gone above and beyond, it would have to be Rinspeed. Afterall, they did made a 911 turbo truck that changed color and roofline and was encrusted in jewels. That takes a really special mind – one that most would argue should probably be in a straight jacket. Nevertheless, there’s always a market for the crazy Rinspeed creations, and one of their less extreme models has come up for sale. Based upon a 911 but borrowing water-cooled bits for a unique look, check out the Rinspeed R69: 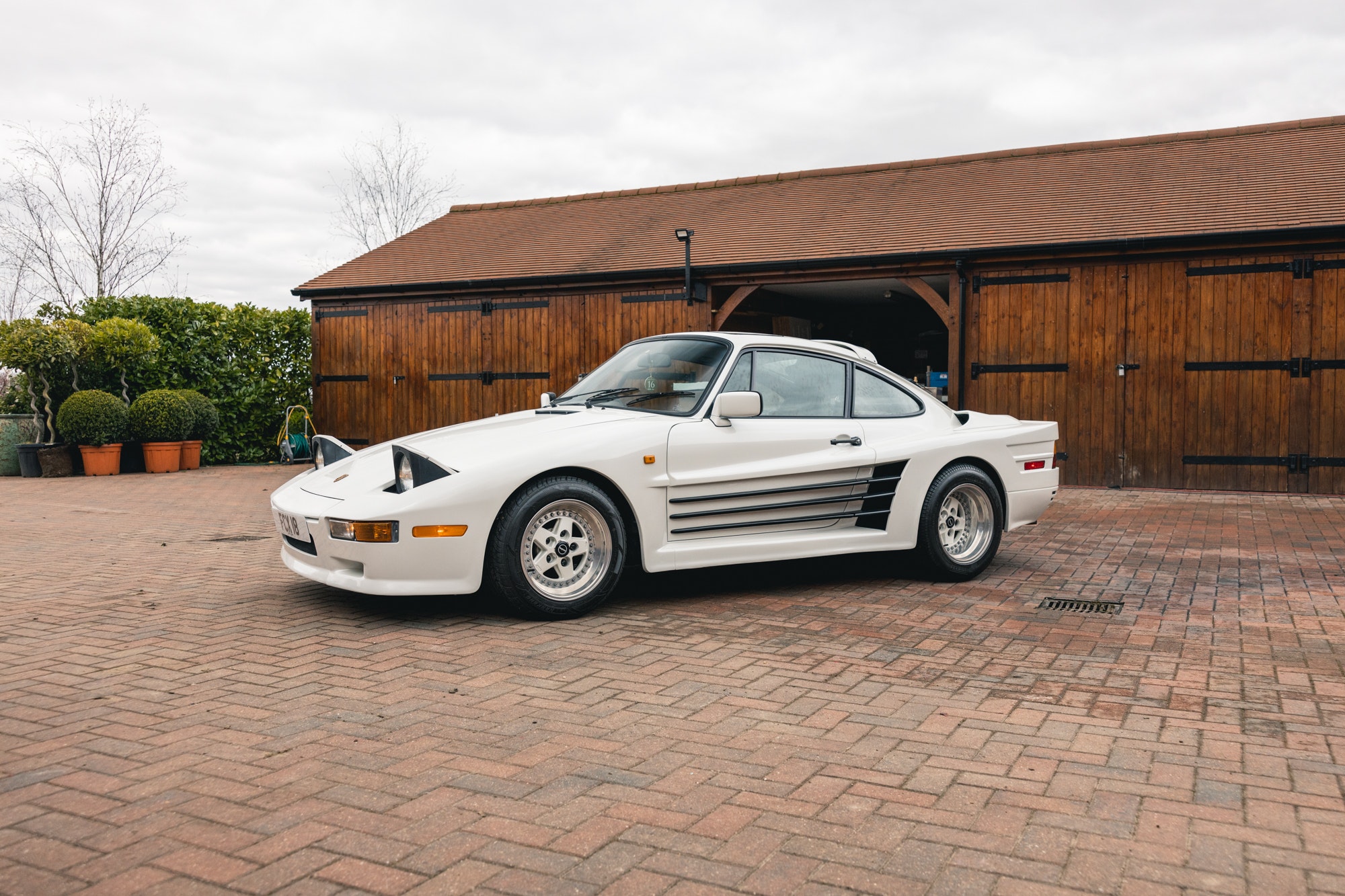 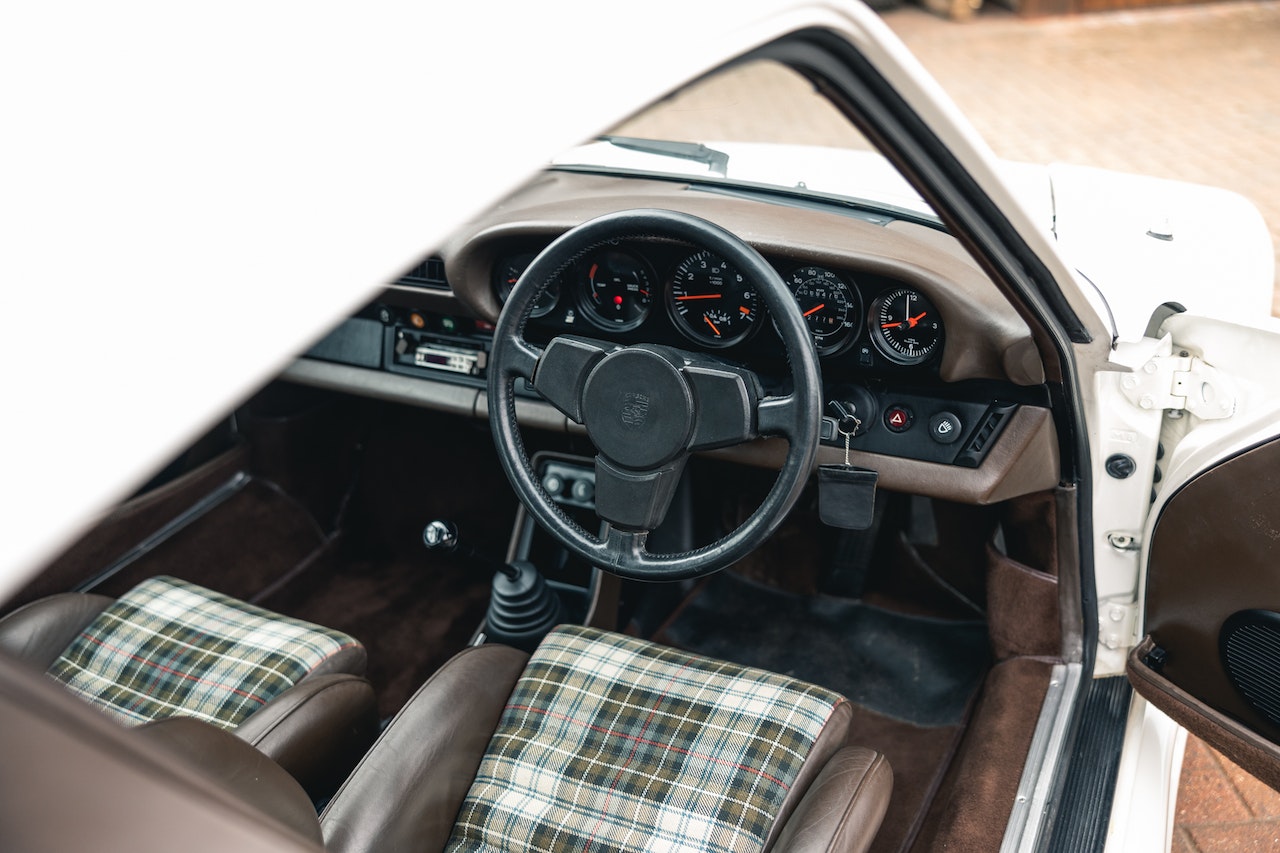 OFFERED FROM THE BRUNT COLLECTION

This Porsche 930 Turbo ‘Rinspeed R69’ is an incredible limited-production custom 911, which is presented in superb condition with a recent mechanical overhaul. Under the engine lid is a 3.3-litre turbocharged flat-six, driving the rear wheels through a four-speed manual transmission. The odometer indicates 69,478 miles.

Officially titled as the ‘Rinspeed Porsche R69 Turbo’, this custom conversion of the iconic 1980s turbocharged 911 had completely redesigned bodywork; with a slanted nose, the pop-up headlights and tail lights from the Porsche 944, straked flanks, and an extended rear section over the engine. This particular car was repainted from its original blue to Rinspeed’s familiar hue of Pearl White. The precise number is not known, but it is thought that only 12 examples of the R69 were built.

An original UK-market 930 Turbo, this car left the factory finished in Petrol Blue metallic – as denoted by the tag still present in the door shut – and has just four previous registered keepers on the V5C. It is understood that the first owner commissioned its transformation at Rinspeed in Switzerland in 1983. The car joined The Brunt Collection in July 2018.

Today, the car presents in excellent order, having recently been resprayed in its Rinspeed colour of Pearl White. There are no noted blemishes in the finish, which is clearly in great shape, as can be appreciated in the detailed photo set below. A discreet roof spoiler is in place on the roof, and both the pop-up headlights and the sunroof work as they should. The car rides on 15-inch Gotti split-rim alloys, which are in generally good order, but have some lacquer damage around the rims.

Inside, this 930 Turbo remains highly original, finished in brown leather with tartan centre cloth panels. All of the upholstery is in superb condition for its age, with just some very minor wear to the driver’s seat outer bolster, and small marks and patina around the rest of the interior trim as you would expect. An invoice from Porsche Centre Leeds dated 2014 shows a small repair was made to the driver’s seat base. Ahead of the driver is the correct type steering wheel, while the Panasonic radio cassette head unit in the dashboard also appears to be period-correct.

During its time in The Brunt Collection, this car has received annual oil change services in-house. Just before its acquisition, it is understood that the timing chain tensioners were all replaced in 2018. An invoice in the file from November 2014 details significant mechanical recommissioning at Porsche Centre Leeds at 67,334 miles. This comprised a rebuild of the flat-six engine with new studs, O-rings, sealing rings, and gaskets, as well as vapour blasting of components. The turbocharger was reconditioned, the fuel tank was replaced, and two new fuel pumps and fuel filters were also fitted. It was then given an engine oil and filter service. The car is also believed to have been fitted with a sports exhaust system around the same time.

It was put through an MOT test on 24 March 2021 at 69,505 miles, which was a first-time pass with advisories for wear to the front anti-roll bar bushes. The front wheels are fitted with Nankang Toursport tyres, date-coded to 2015, while at the rear there are Pirelli P Zero tyres dated to 2002.

Accompanying the car is a good history file, detailing a range of servicing, maintenance, and prior MOT certificates. A tool roll is also present, as well as a space-saver spare wheel.

This Porsche 930 Turbo ‘Rinspeed R69’ is an eye-catching 1980s supercar, boasting an exceptionally rare custom conversion by one of the world’s most extravagant tuners. Benefiting from notable recent mechanical work and an engine rebuild at Porsche Centre Leeds, plus a professional respray of its Pearl White coachwork, this would be a fun addition to any collection, and is guaranteed to turn heads and drop jaws when being enjoyed on the open road.

The description of this auction lot is, to the best of the seller’s knowledge, accurate and not misleading. Collecting Cars requests a range of detail about the lot from the seller, and performs a level of due diligence. However, bidders must satisfy themselves as to the accuracy of the description, and conduct any research they feel is necessary before committing to a bid. Please see our Terms and Conditions for full details.

﻿All UK-registered cars and motorbikes on Collecting Cars are run through an online HPI check. On the HPI report, this vehicle shows no insurance database markers for damage or theft, and has no finance owing. 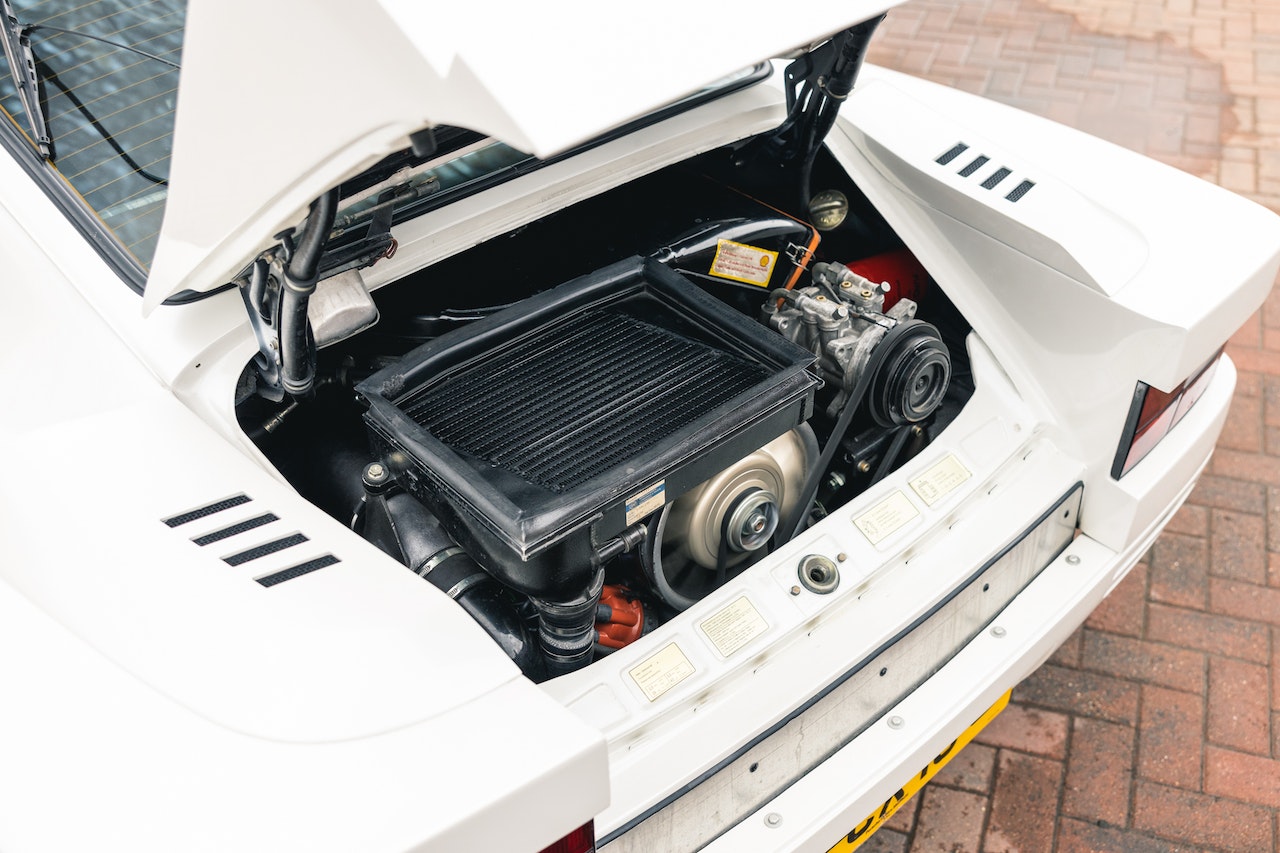 Like most modified 911s, especially the more extreme ones, this Rinspeed R69 has a pretty limited enthusiast base – but it’s still a very neat car in many ways. The integration of the 944 components is rather good, all things considered . The profile ends up being a bit more Ferrari Testarossa than Porsche 911, but it’s still in my mind a cool car. Pricing is interesting – this chassis sold in 2018 for GBP 56,000 – about $77,000 today. Clearly, it’s the unique nature coupled with higher mileage that makes it less appealing to collectors. But 80s stuff is hot right now, and bidding is nearly up to its 2018 sale price already. It’ll be interesting to see where this one ends – almost as interesting as its looks.