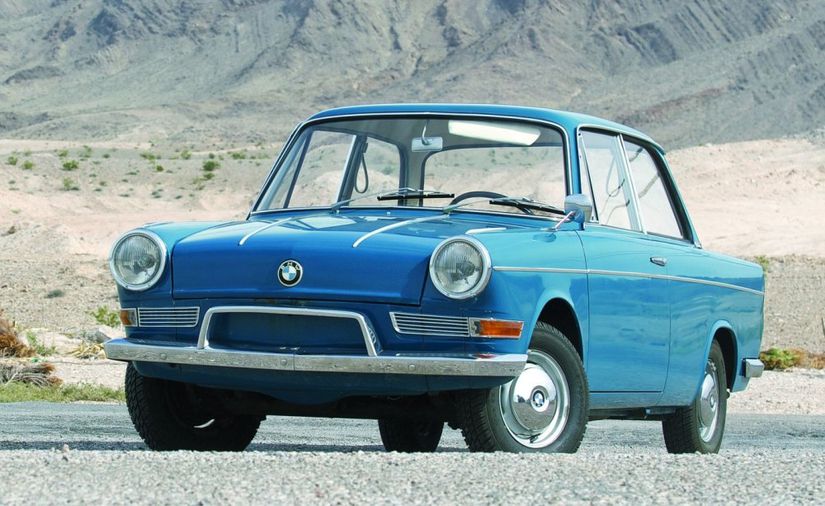 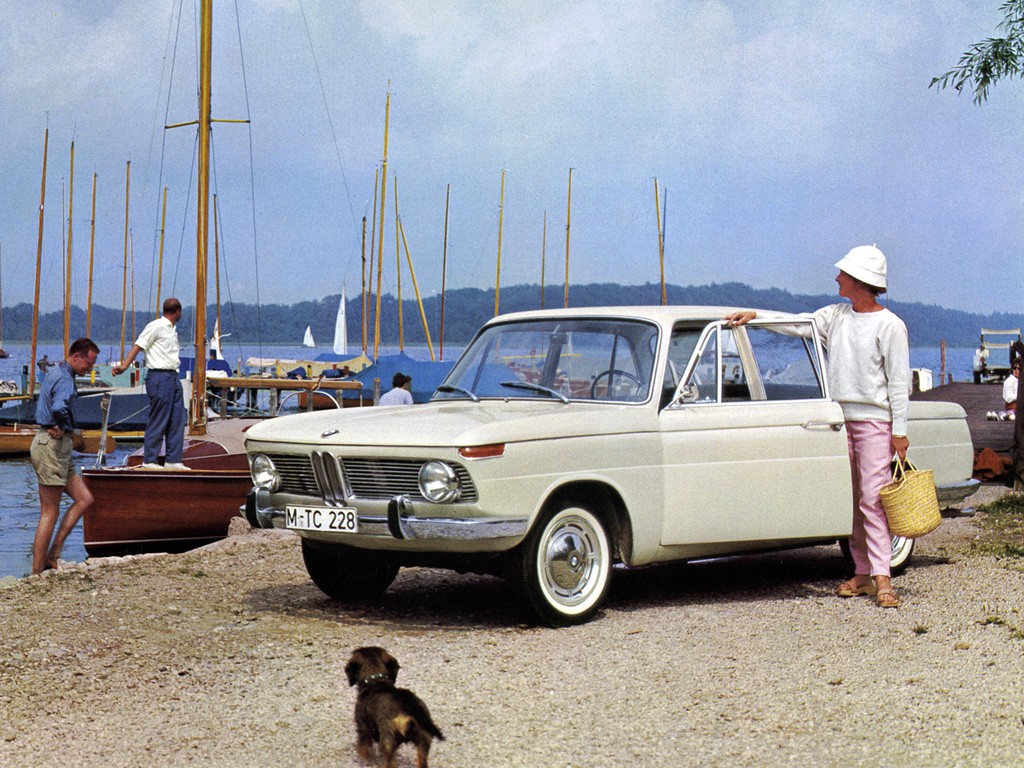 The Neue Klasse launched with quite a splash in 1961 at the Internationale Automobil-Ausstellung in Frankfurt, and signaled a new direction for the company. Badged the 1500 due to its 1499cc M10 water-cooled inline-4, the 1500 was later joined by larger displacement models, some with fuel injection; the 1800 in 1963 and the 2000 in 1966. In 1964, the 1500 was replaced by the enlarged 1600. The M10 was punched out to 1573cc and now produced 4 more horsepower for a total of 84. While the 1600 wasn’t the first Neue Klasse, it was the first commercially successful model; between the beginning of 1966 and the end of 1968, BMW produced nearly 70,000 units of this model alone. But if you spent a bit more, you could get its larger-engined sibling: BMWs Neue Klasse was introduced in 1961 and marked the companys first mid-range series since the Second World War, bridging the gap between the top-of-the-line 501/502 and the more affordable 700s and Isettas. It was also one of the first BMWs to receive the Hofmeister kink at the base of C-pillar, which can be seen on most of their coupes and sedans to this day. This car and the 1600 were the cars that the famous 2002 was built on. BMW was having a hard time staying in business and it was the release of the Neue Klasse series of cars that saved them. Lamborghini Paramus is pleased to offer this stunning 1968 BMW 1800 in Turf Green with a beautiful Grey interior. Powered by a 1.8L M10 making for a very exciting and fun ride! The M10 is mated to a 4-speed manual transmission that shifts without grinds or noises. The engine runs beautifully and runs very smooth. The engine and transmission are numbers matching. Step inside the interior and you will find the beautiful Grey upholstery in great condition. No rips or stains can be found. This car is a true time capsule. The car is equipped with its original radio. The story of this car is quite interesting: The car was reportedly sold new in Switzerland, where it remained with the first owner for over four decades. A German collector purchased it from the original owners estate in 2006 and kept it for the following seven years. Lamborghini Paramus has gone through this car to make sure it drives as good as it looks. We are pleased to say this car is ready to be enjoyed for the summer driving season. Dont wait! This car is extremely rare and unique. You wont find another one especially in this amazing shade of green. Please call Lamborghini Paramus today! There’s a simplicity in the early E10s that was lost along the way; while the late 2002s are still neat looking, they just aren’t as delicate as the early ones. This ’68 is just plain lovely, and it appears to have been stewarded well by the prior owners. Presentation is generally outstanding with just the right period-correct look that will have the baristas in San Fran over-pressing their espresso grinds. The Turf Green is really neat to see, and I have to say I love the simplicity of the sedan’s tail; that said, there’s something slightly off about the sedan’s proportions compared to the coupes. It really looks a bit too large for its wheel base to me. And I can only imagine the reaction of the over-tanned patrons of the Lamborghini dealership looking at this oddball sedan out in front parked next to their Aventador SVJ.

Nevertheless, as with the Bavaria, this is a rarely-seen bit of BMW history that was nonetheless quite important in establishing the brand as the benchmark it’s still viewed as today. This dealer is apparently looking for about $40,000 for this example; probably a strong ask, given that amount gets you into the more desirable 2002. We also can assume that this particular car traded for a lot less when it last sold on Bring a Trailer given that the high bid was just over $20,000. Granted, we don’t know the final amount and there was cross-oceanic shipping involved. Nevertheless, this car is a lot more appealing in the 20s than it is at double that amount, because you really do open up a lot of options in classic BMWs over $25,000.