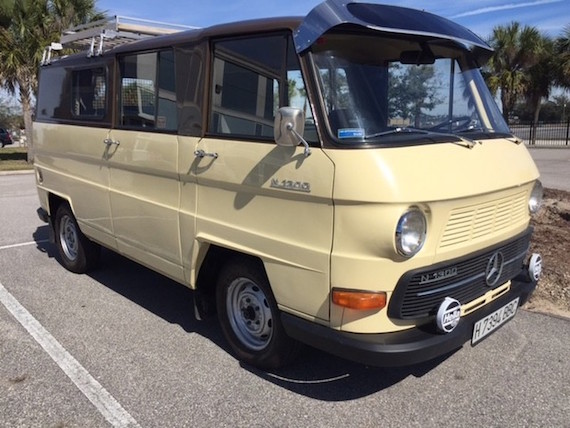 Unfortunately we have no available history from the listing. Hopefully some is available for truly interested buyers. Obviously the Hella lights are new, but close up shots around the VIN plates show scratches in the yellow that indicate this is indeed an original van. And what an original paint scheme it is, the yellow/brown combining with the chrome to make the perfect transport vehicle to an ABBA concert. It will be interesting to see what market this will draw, but compared to other nice vans, mid-$20ks seems reasonable. If I had to decide between a nice T2 bus or this, I’d go with the unique N1300 every time.